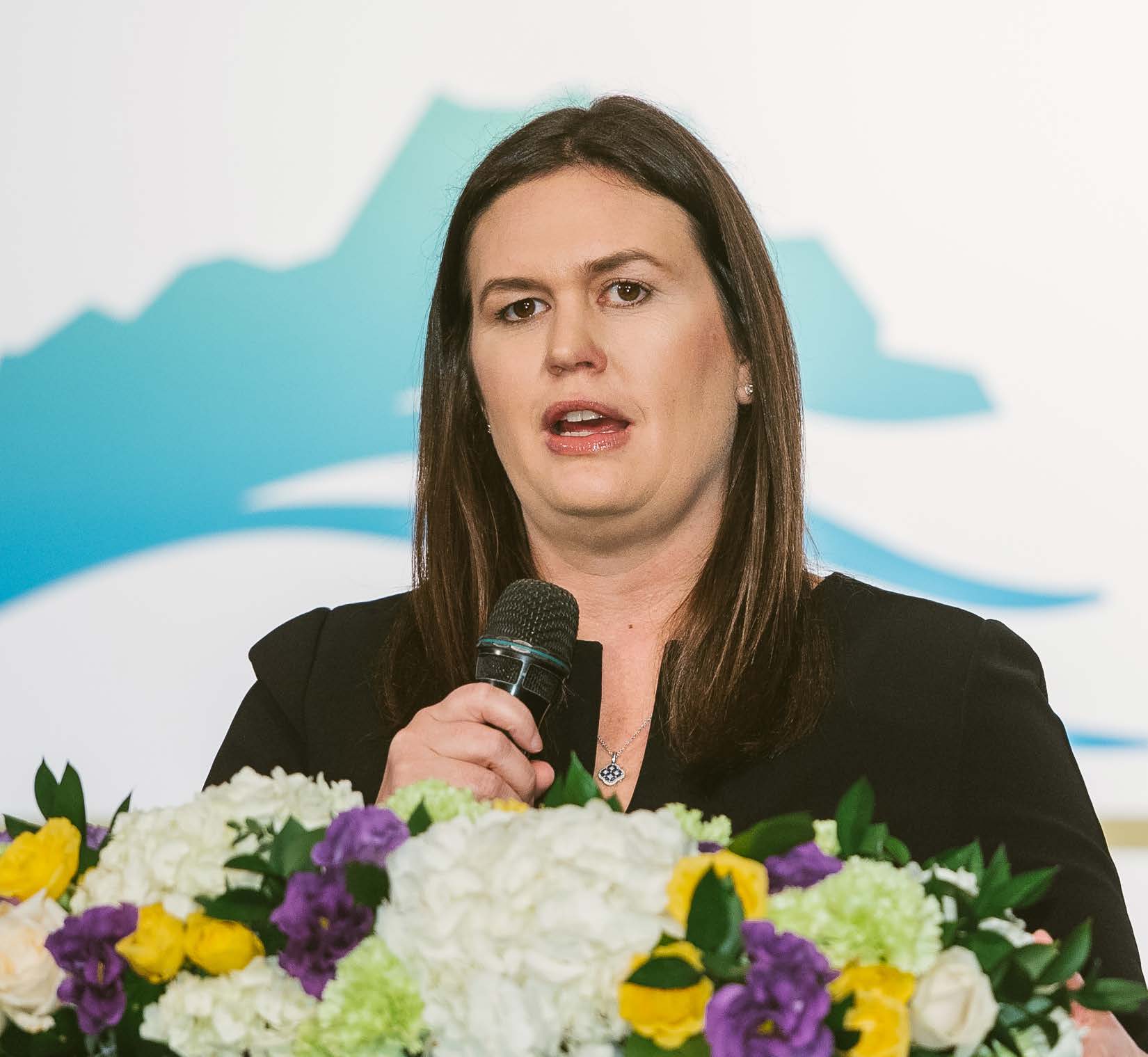 Sarah joined the Trump campaign as Senior Advisor in 2016 during the Republican primary, and continued in that role through President Trump’s victory. She had previously worked in various leadership roles for U.S. senators, governors, and presidential campaigns. In her home state Arkansas, Sarah was Senior Advisor to Senator Tom Cotton in 2014, and Campaign Manager for Senator John Boozman in 2010. She was also a key player in the victory of her father, former Arkansas Governor Mike Huckabee in the Iowa Caucuses and seven other states as his National Political Director.

Sarah was named one of TIME Magazine’s “40 under 40” and is recognized as one of the best political operatives of her generation. Aside from her political involvements, she advises major Fortune 500 companies and non-profits, including serving as Campaign Manager of the ONE campaign, a global non-profit that seeks to end extreme poverty and preventable diseases.