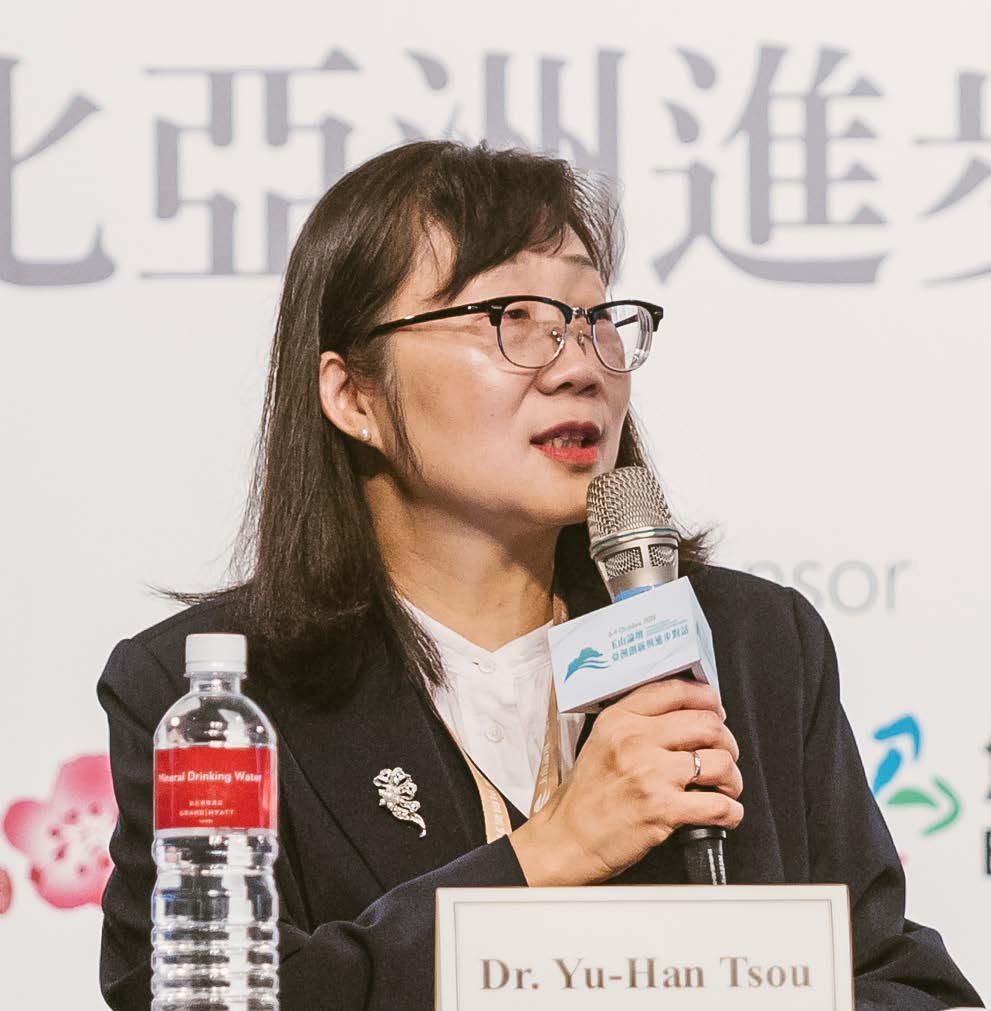 Dr. Yu-Han Tsou is Vice Minister of Taiwan’s Ministry of Science and Technology (MOST).

She has previously held positions at different Taiwan Missions, namely as Director of the Science and Technology Division for Taipei Representative Offices in France and the UK. She has also served as Director General of MOST’s Department of Planning, and the National Science Council’s (NSC) Department of Central Processing. She was Deputy Director General at the NSC’s Department of International Cooperation and of the Department of Central Processing. She has also served as Committee Member, Senior Executive Officer, Section Chief, and Researcher for Taiwan’s Executive Yuan.