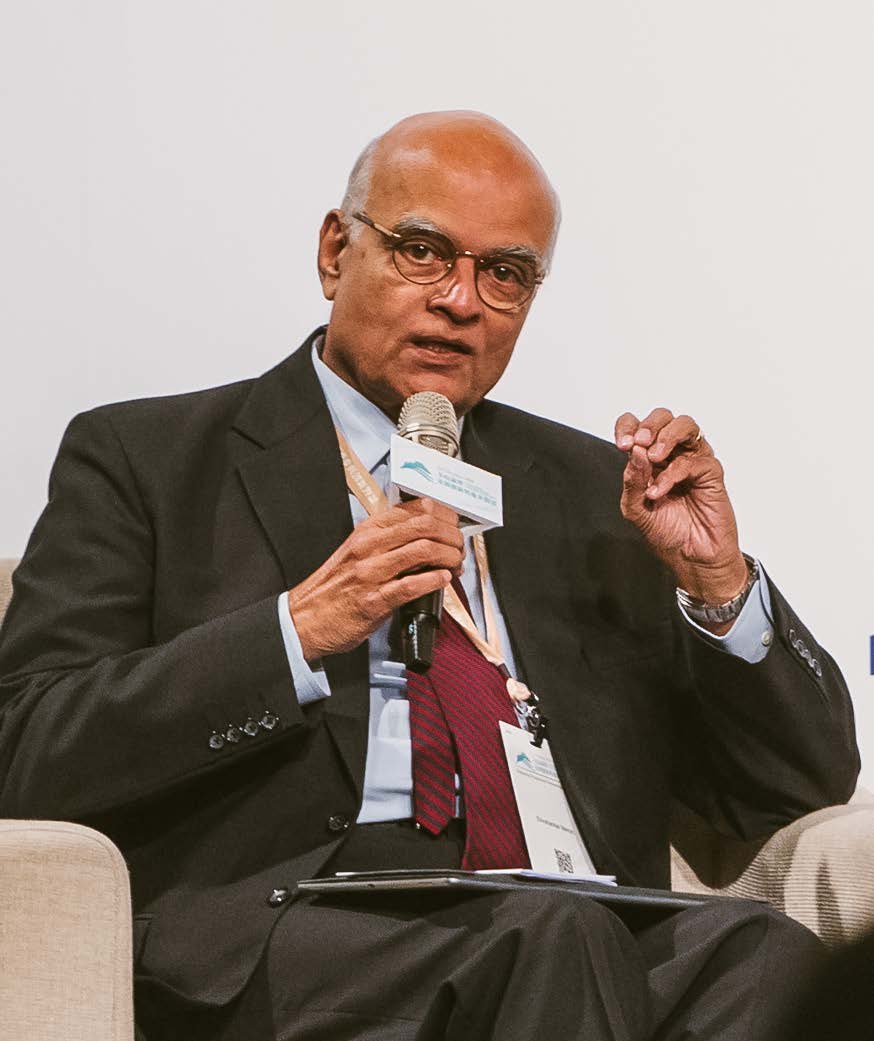 Amb. Shivshankar Menon is an Indian diplomat, who served as National Security Adviser to Prime Minister Manmohan Singh from 2010-2014. His long career in public service spans diplomacy, national security, atomic energy, disarmament policy, and India’s relations with its neighbors and major global powers. He currently serves as Chairman of the Advisory Board of the Institute of Chinese Studies in New Delhi. He is the author of “Choices: Inside the Making of Indian Foreign Policy” published by the Brookings Press and Penguin Random House in 2016.

He attended the Scindia School, Gwalior and St. Stephens College of the University of Delhi, where he studied ancient Indian history and Chinese.